From BTAWiki
Jump to navigation Jump to search

Mech Spotlight #3: The Archangel and The Preta

Welcome back to the Mech Spotlight series, where we take a look at mechs that are deserving of a little love. Today we're taking a look at the iconic Word of Blake designs, the Archangel and the Preta. 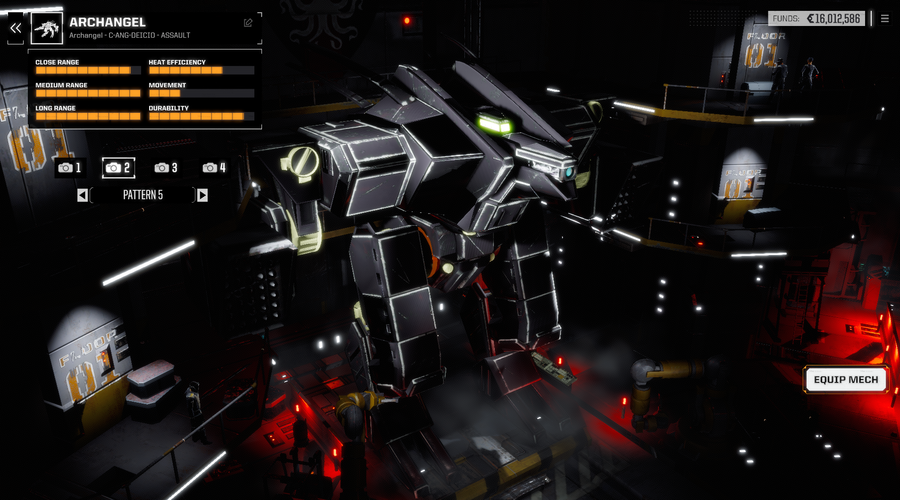 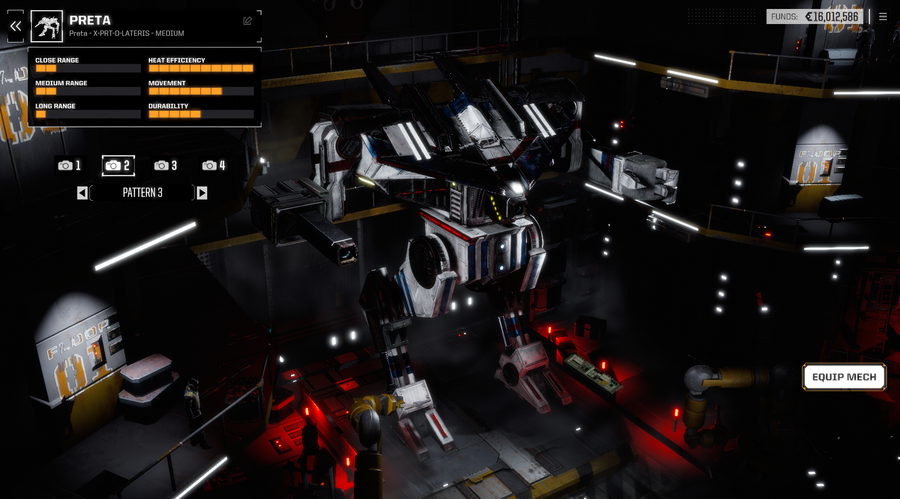 The Archangel is a zombie, first and foremost. The compact gyro and engine, combined with head and CT mounted hardpoints, make it so that the mech can lose both side torsos and still remain largely combat effective. It is standard 100 ton speed with a 300-rated core meaning it is slow, but the amount of punishment it can absorb is very high even for its weight. However, the downside is that because the compact engine and gyro are heavy, the Archangel can't carry a huge payload. The stock loadouts are dangerous enough but the Archangel as a chassis really heavily relies on being a damage sponge before anything else. Don't come into the Archangel expecting it to be your top damage dealer. Every variant has 10 hardpoints scattered about the mech so it can carry a wide variety of loadouts but the spare tonnage is lower than average. The Archangel's fixed C3i and Small Cockpit also throw wrenches into things. The Small Cockpit's accuracy penalty encourages the use of either very accurate or very scattershot weapons. The C3i wants the Archangel to be in close-quarters for the lance accuracy boost, which also would off-set the Small Cockpit.

Looking at it, my instinct is to go with one of three weapon groups on the Archangel: LBXs, probably twin LB-10X; pulse lasers, probably X-Pulses; or missile spam. All three get around the small cockpit accuracy penalty somehow. The LBX/missiles throw enough attacks at the enemy to hit with something and the pulses are highly accuracy to cancel it out. The mech does have Endo-Steel, but the lack of a weight-saving engine makes tonnage hard to come across. The Archangel has 36 tons of pod space total for equipment, much less than comparable 100 ton mechs such as the Atlas. My recommendation is to use the Archangel as a front-line tank and to build your force around it, use it to draw fire and to tank hits and go from there. 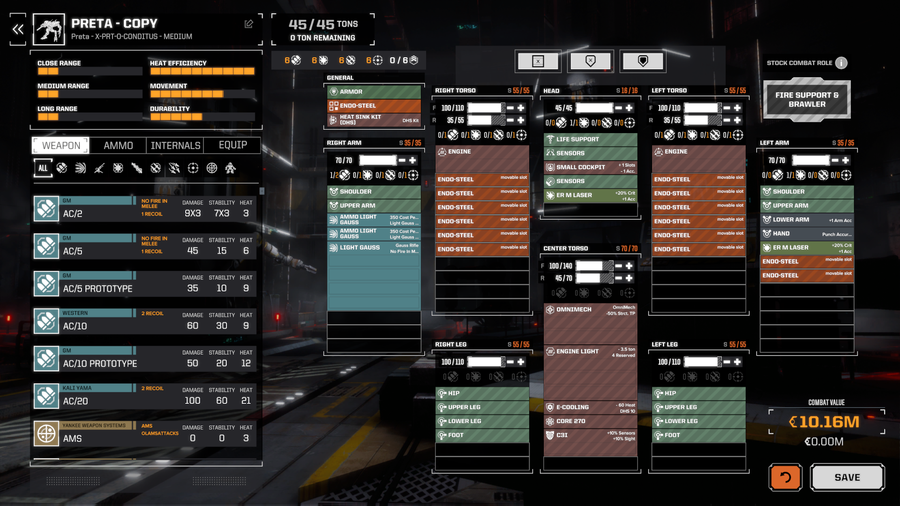 The Preta is a bit of an odd duck. Built around a 270-rated Light Fusion Engine, the Preta is fast for its size but that means it doesn't really excel at anything. It does have the Small Cockpit and C3i of the Archangel but unlike that mech it also has the speed to close distance and truly benefit from the C3i's lance accuracy benefit. The Preta does have an Endo-Steel frame, giving it 16 tons of pod space to do things with, but it lacks any clear job on the battlefield. Every variant of the Preta has 6 hardpoints to work with, which would let it be a decent laser spam design with its speed and double heat sinks. To be honest, the Preta is a hard design to evaluate. It is being pushed in lots of directions: it is fast with fixed C3i, pushing it towards backstabbing, but it lacks enough hardpoints to truly spam support weapons. It can take up to 6 jump jets but that eats into its limited tonnage for equipment such as weapons or heat sinks. The Small Cockpit discourages single "Big Gun" loadouts thanks to the accuracy penalty. Inner Sphere missiles don't work well because of the lack of tonnage, nor do ballistics. In truth, the Preta is probably just a little too fast. A core 270 on a 45 tonner gives the mech more speed than it really needs and strips it of effective space to do much with.

I like both mechs, but it's hard to explain why. The Archangel I prefer to the Preta, if only because I know what to do with the Archangel. It's a damage sponge zombie, I get that, that's clear. The Preta is a mech I like but can't really articulate why, given its myriad issues. The lack of space to do anything combined with the weird fixed gear makes the Preta an odd duck to make use of. About the only really effective thing I can think of to do with it is to spam Medium Pulses or X-Pulses and be a knife-fighter on a mobile chassis that comes with its own ECM and lance accuracy boosts from the C3i, which does sound pretty effective now that I think about it. The Archangel being a zombie weapon platform I can get behind. It has enough space to do a variety of builds and you can squeeze a serious amount of that firepower into the head and CT for maximum zombification. These mechs are quirky and that's enough to get a :thumbsup: from me.

The Word of Blake makes 'em weird, Commander. The Archangel and Preta are a goofy pair. Worth looking into though. Go make friends with the Wobbies and see what you can do with the mechs. Come back next time for something a little more squat.

Mech Spotlight #3: The Archangel and The Preta